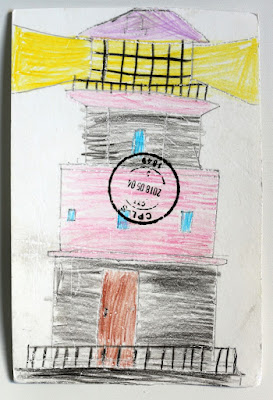 This hand-painted lighthouse, sent by 7-years old Sofia (Russia), was one of the latest pieces of mail I received in my former mailbox, in Morocco. It took more than two months to arrive, so I think I was very lucky to get them before moving.

As you can see on the back (and on the front!), the postcard suffered a sort of battle with the postal machines... And it won! 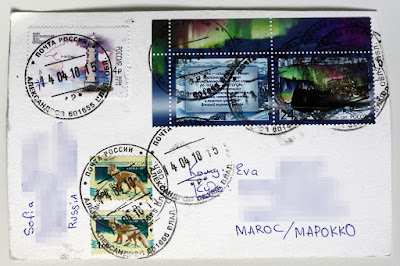 Eleven cancellations I counted, that almost hide those interesting stamps! 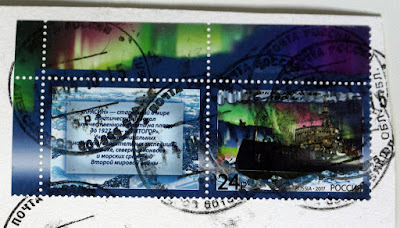 Stamp commemorating the 100th anniversary of Icebreaker Krassin, now a museum ship. The stamp was issued on 31 March 2017. 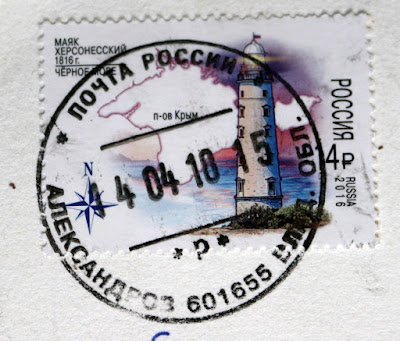 Khersones lighthouse, on the outskirts of the Crimean port city of Sevastopol. Stamp issued by Russia on 29 September 2016.