Letters and Numbers on Stamps

Today's theme for Sunday Stamps - II is Words and/or Numbers (no pictures). I was waiting it for show this stamp!: 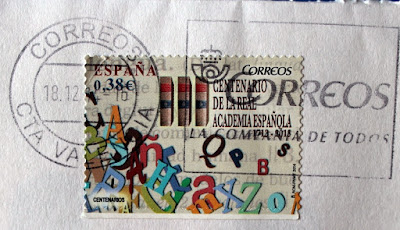 It was issued by Correos on January 3, 2014, on the occasion of the 3rd Centenary of the Real Academia Española (='Royal Spanish Academy'), the official institution responsible for overseeing the Spanish language. I know the rule was no pictures, and you can see three dictionaries on the stamp. But, if you look carefully at the stamp, you can see they are used to mean the "III". And there is a dictionary definition on the background (lengua = 'language').

Not that I am very fond of this institution. But, in an ideal world, they should be more stamps dedicated to dictionaries...

And what about numbers? There are not so many stamps depicting just numbers, apart from basic series like these (from the Netherlands):

And still some people think that they look better with some illustrations (cows, for instance) in between... 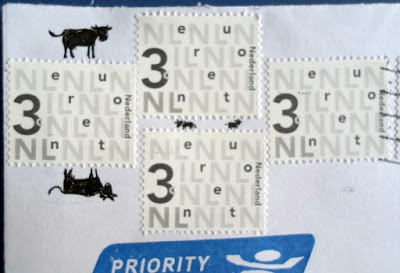 Among my received stamps I also found the following one also from the Netherlands. Curiously, its title is Writing Letters. 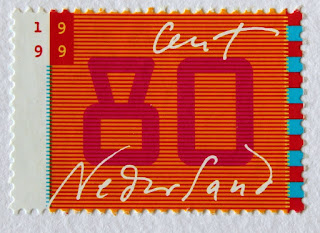 And finally, two more stamps with illustrations... dedicated to numbers. From Hungary and the Netherlands. 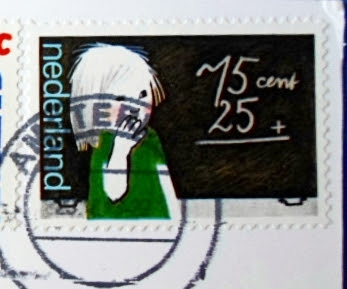