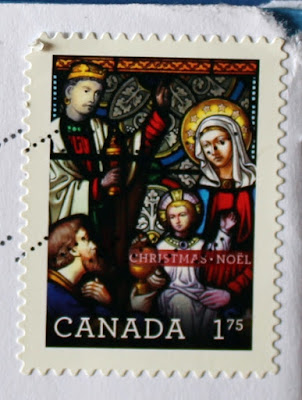 This set of three Christmas commemorative stamps showcases scenes from the magnificent stained-glass windows of the Cathedral of Saint Mary of the Immaculate Conception in Kingston, Ontario, which was built nearly a century and a half ago. The windows were originally imported from England. I love stained-glass windows! 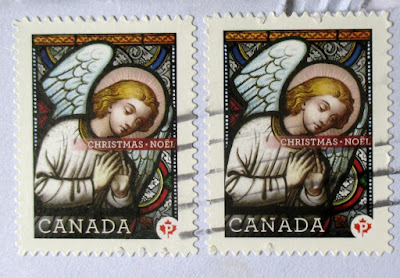 This is a post for Sunday Stamps- II: Christmas Stamps (religious). The only other received Christmas stamps that could be considered religious is this, from the UK: 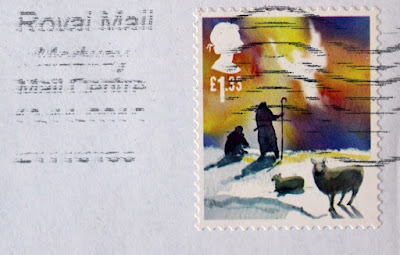 It belongs to the 2015 Christmas collection, designed by David Holmes of Studio David Hillman to illustrate the traditional Nativity story (more information about this issue).

I am not a big fan of Christmas stamps (nor of Christmas in general), but the fact that the Christmas stamps are nor really Christmassy astonishes me.  It seems that Royal Mail alternates: one year religious, one year secular stamps. In Spain, the A-rate (within the country) depicts a religious scene, and the B-rate (Europe) is usually related to the New Year. See,for instance, the Christmas stamps of 2015, 2014-A and 2014-B, etc. In the Netherlands they are more appropriately called December stamps... How is it in your country?