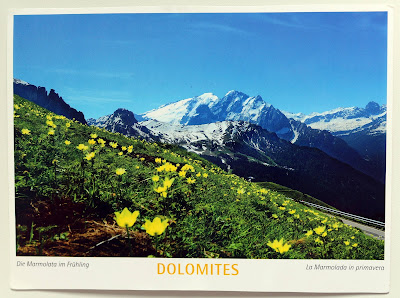 The Dolomites are a mountain range located in the north east of Italy. They are also know as the Pale Mountains. The Marmolada is the highest point: 3,343 m. In August 2009, the Dolomites were declared a UNESCO World Heritage Site.

When I received this postcard, I remembered that a friend had sent me more postcards of this area some years ago, back in 2009 and 2010. He was living in Italy at the moment. 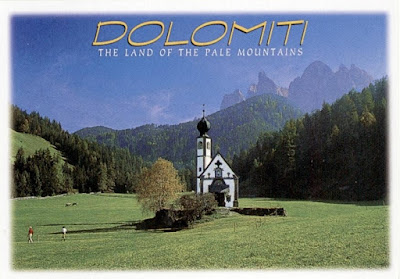 The Dolomites, also known as the Pale Mountains, take their name from the carbonate rock dolomite, itself named for 18th-century French mineralogist Déodat Gratet de Dolomieu (1750–1801), who was the first to describe the mineral. 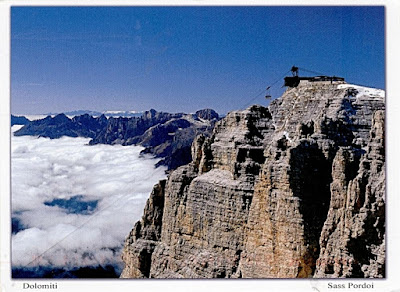 Sass Pordoi (2,952 m) can be reached by funicular from Pordoi Pass.