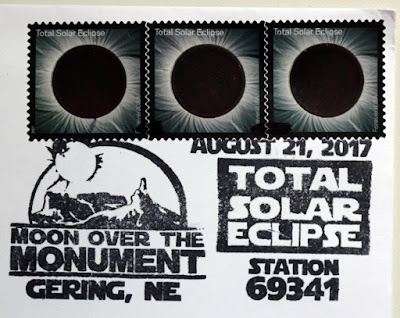 A month ago, on 21 August, a total solar eclipse was visible within a band across the entire contiguous United States.

The USPS issued a commemorative forever stamp on 20 June. It is the first US stamp that uses thermochromic ink. By rubbing a thumb or finger on the eclipse image, it reveals an underlying image of the full moon. Afterwards, the image reverts back to the eclipse as it cools.

The photograph of the total solar eclipse on the stamp was taken at Jalu, Libya on 29 March 2006 by NASA astrophysicist Fred Espenak (aka Mr Eclipse). The stamp's alternate image is a photo of the full moon taken by Espenak at his observatory in Portal, Arizona in 2010. 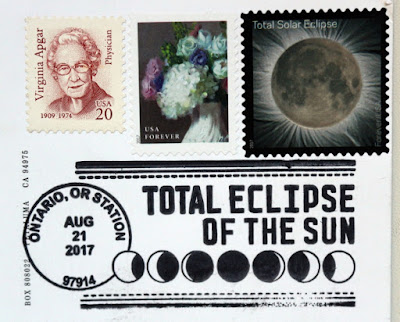 As you can see, they also issued some special postmarks. I have been the happy receiver of two (different)! 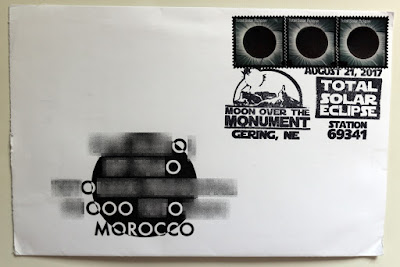 This one on an envelope from Phillip, who wrote the address in a really clever way. And included a eclipse-themed card inside: 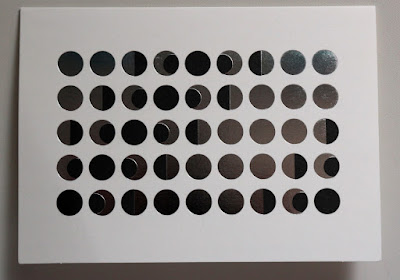 The other postmark was sent by Bryon, on the back of this postcard. Not easy to read in the dim light during a eclipse!