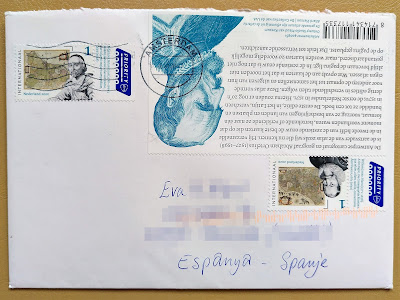 Very interesting stamps on these envelopes sent by Heleen (the Netherlands). She sent me the whole set of these fantastic stamps. 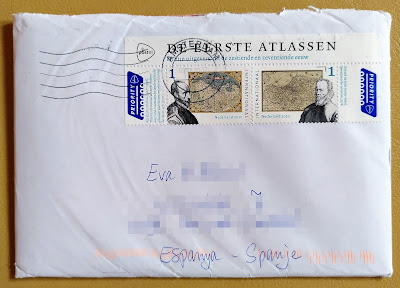 The first atlas ever was published in Antwerp in 1570, 450 years ago this year. To celebrate this, PostNL issued the stamp sheet The first atlases on 23 March 2020. The six stamps on the sheet are dedicated to maps from six atlases that were published in the Netherlands in the 16th and 17th Century. 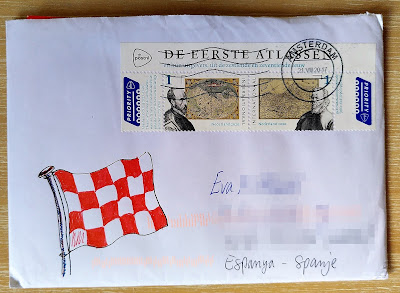 The creator of the first modern atlas was cartographer Abraham Ortelius (1527-1598). Ortelius collected the best maps available in his time. He either redrew or shrunk 53 in total, added descriptions, and collated them to create a book. This atlas was published for the very first time in 1570, in Latin, entitled Theatrum orbis terrarum (literally: ‘the theatre of the Earth’s surface’). A Dutch translation was published in 1571. This world atlas inspired many other publishers to create their own atlases.

In addition to Abraham Ortelius, the stamps feature the following publishers: