I have recently received this silvery letter from Laura (the UK). I thought it could be a good choice for this Sunday Stamps, which theme is Flowers. 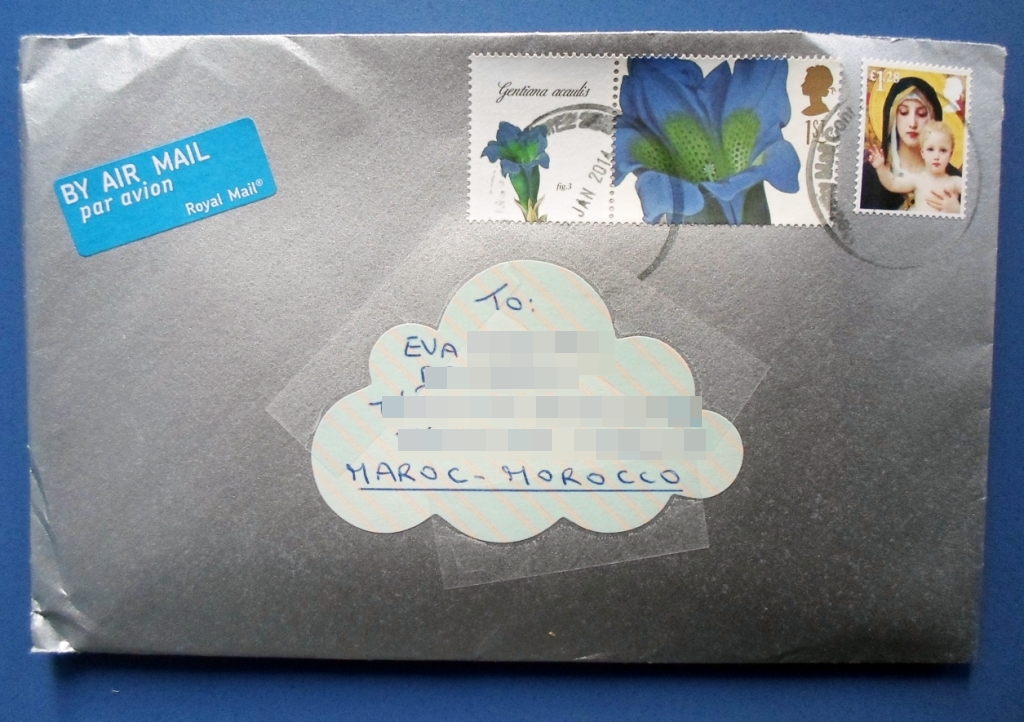 Usually the stamps with flowers are not among my favourites, but I should recognize this one dedicated to the Gentiana acaulis is really beautiful.

I had previously received one of the same set, with tulips (sort of my favourite flower):

It is written in the stamp: "Tulipa sp. Tulipa is the Latinised version of the Ottoman Turkish tülbend meaning turban. A fully opened tulip was thought to resemble a turban (fig.1)."

Oh, and I found another I have got months ago! 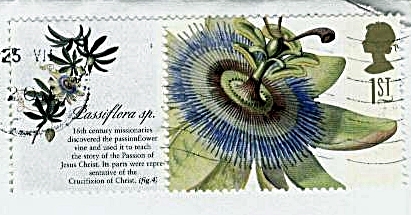 It shows the Passiflora sp. I'm not able to read all the words properly (sorry I didn't take a better picture!), but it tells how 18th century missionaries discovered this flower and considered its parts tells us about the Crucifixion of Christ story. 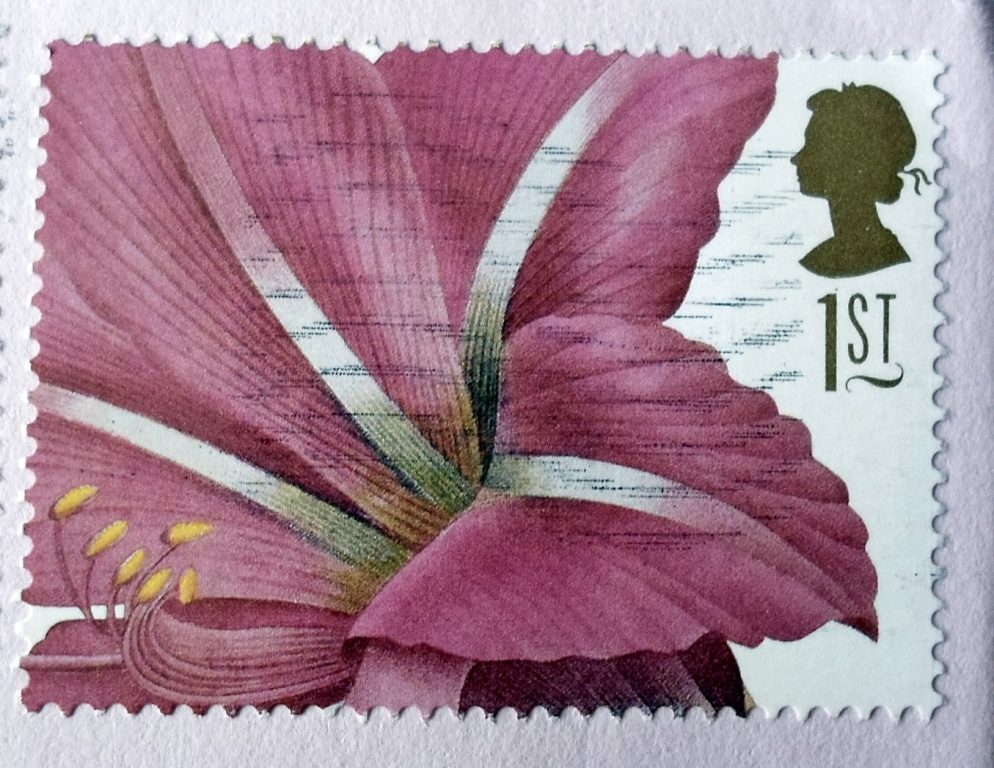 More information about these stamps here.