Marianne and the Boycott 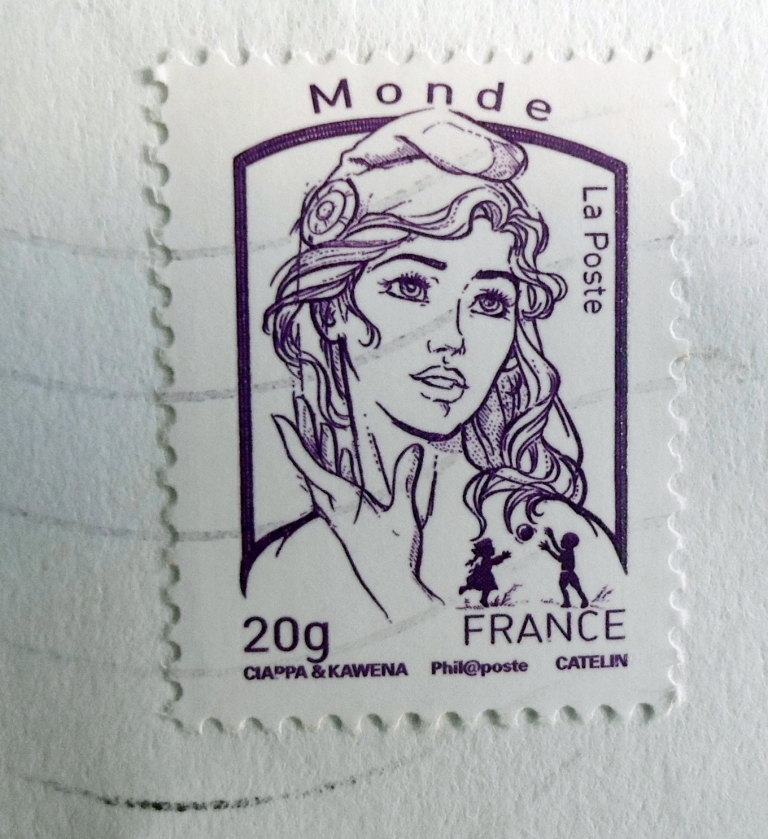 I have received last week this stamp in a letter from France. This is a very standard stamp featuring one of the the national emblems: Marianne, an allegory of Liberty and Reason birthed in 1848. The name of Marianne was taken from two popular female name in the 18th century, Marie et Anne. She is is one of the most prominent symbols of France: a significant republican symbol (opposed to monarchy) and an icon of freedom and democracy. Her profile stands out on the official government logo since 1999, and engraved on French euro coins and postage stamps. 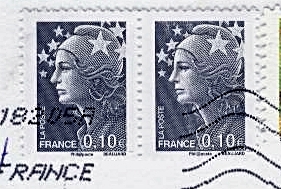 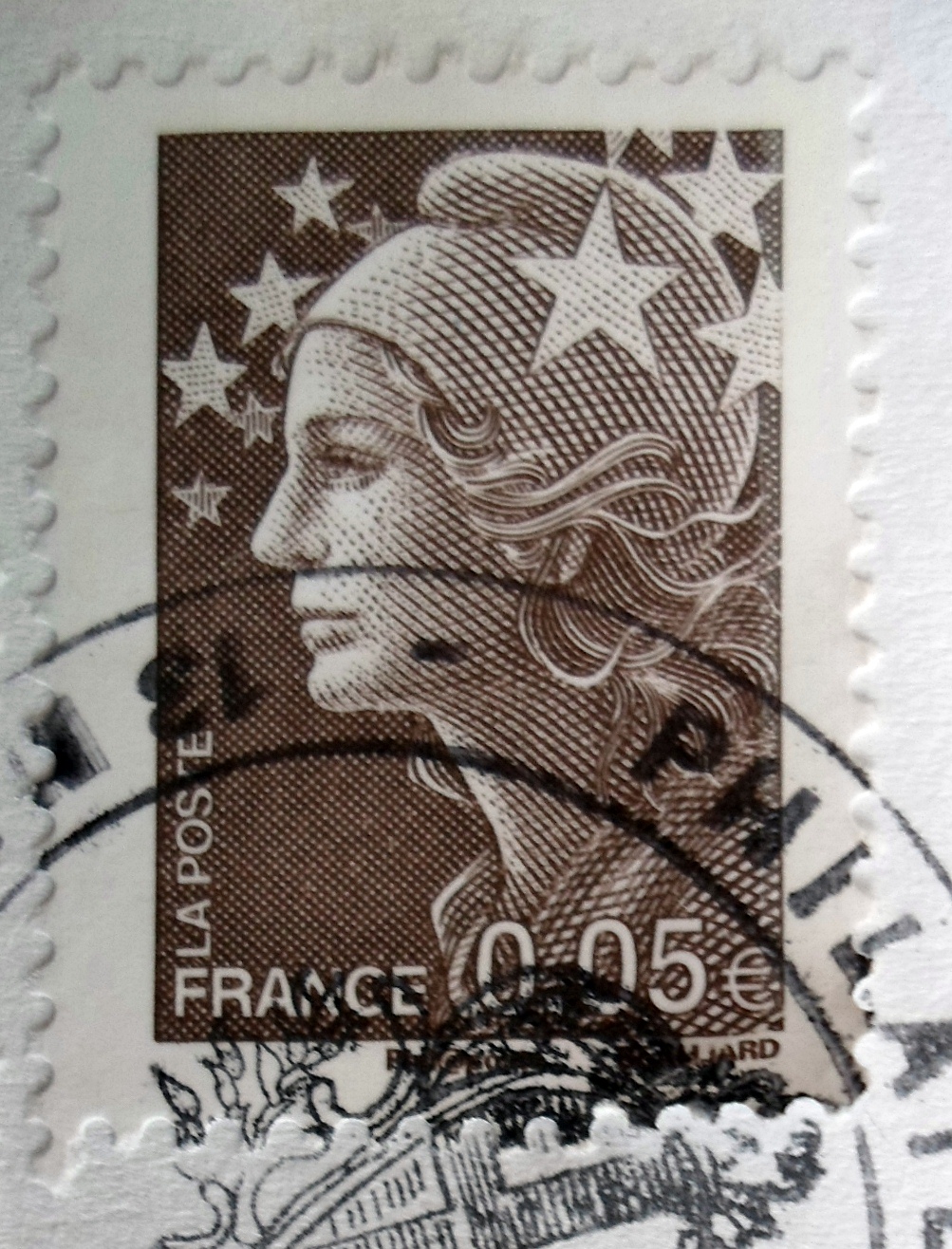 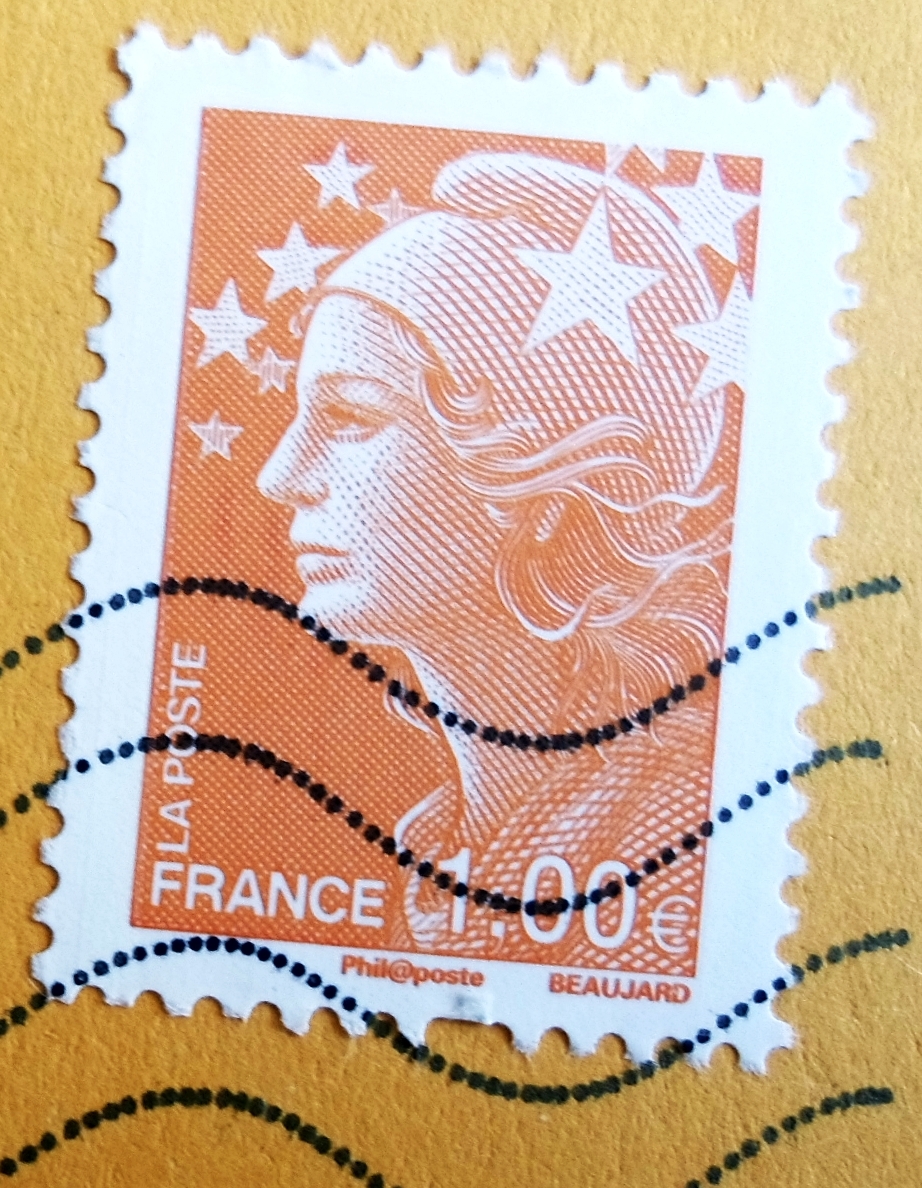 Since 1944, after the WWII, Marianne appears in postage stamps. This one, also recently received, belongs to the Marianne et l'Europe (= 'Marianne and Europe) series, of Marianne of Beaujard. (You can see all the stamps here, for instance. There are some pages!).

I have also received many times this stamp, from 2005. It's also known as Marianne des Français (='Marianne of the French'). I suppose it is quite easy to get these stamps because they are really common and forever stamps since 2003. 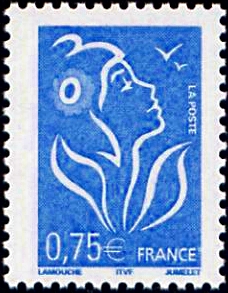 The official busts of Marianne, present in every town council, initially had anonymous features. From 1969 they began to take on the features of famous women, the first one being the actress Brigitte Bardot.

The first stamp of this post is the most recent version of Marianne. The stamp was issued in July 2013, designed by Olivier Ciappa and David Kawenna. It is also known as Marianne de la Jeunesse (='Marianne of the Young'). The sources of inspiration were the American comics from the fifties, the manga from the eighties and some female models, like Inna Schevchenko. She is a Ukranian women, one of the founders of the Femen protest group, who was granted political asylum in France last year.

Even if the designers have repeated that the stamp is a mix, it has been seen as a Femen stamp by a lot of people and has raised a big controversy in France since the first day. And especially after some ungraceful tweet last summer. Some French collectives have initiated a campaign of boycott and advocate the withdraw of the stamp.

What amazes me the big interest that this matter has raised. I mean that usually most people don't care about stamps (as most of people don't use stamps any more). 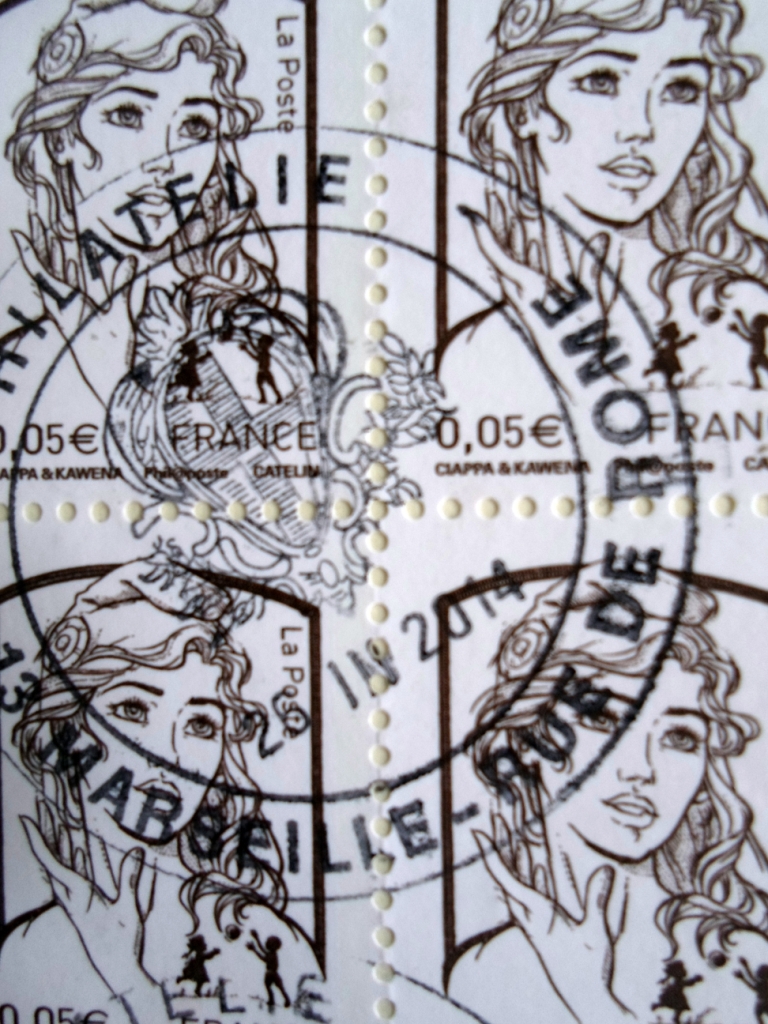