These two are from the Netherlands, issued on 2002 to take part in the EUROPA Competition. Here you can see all the stamps. 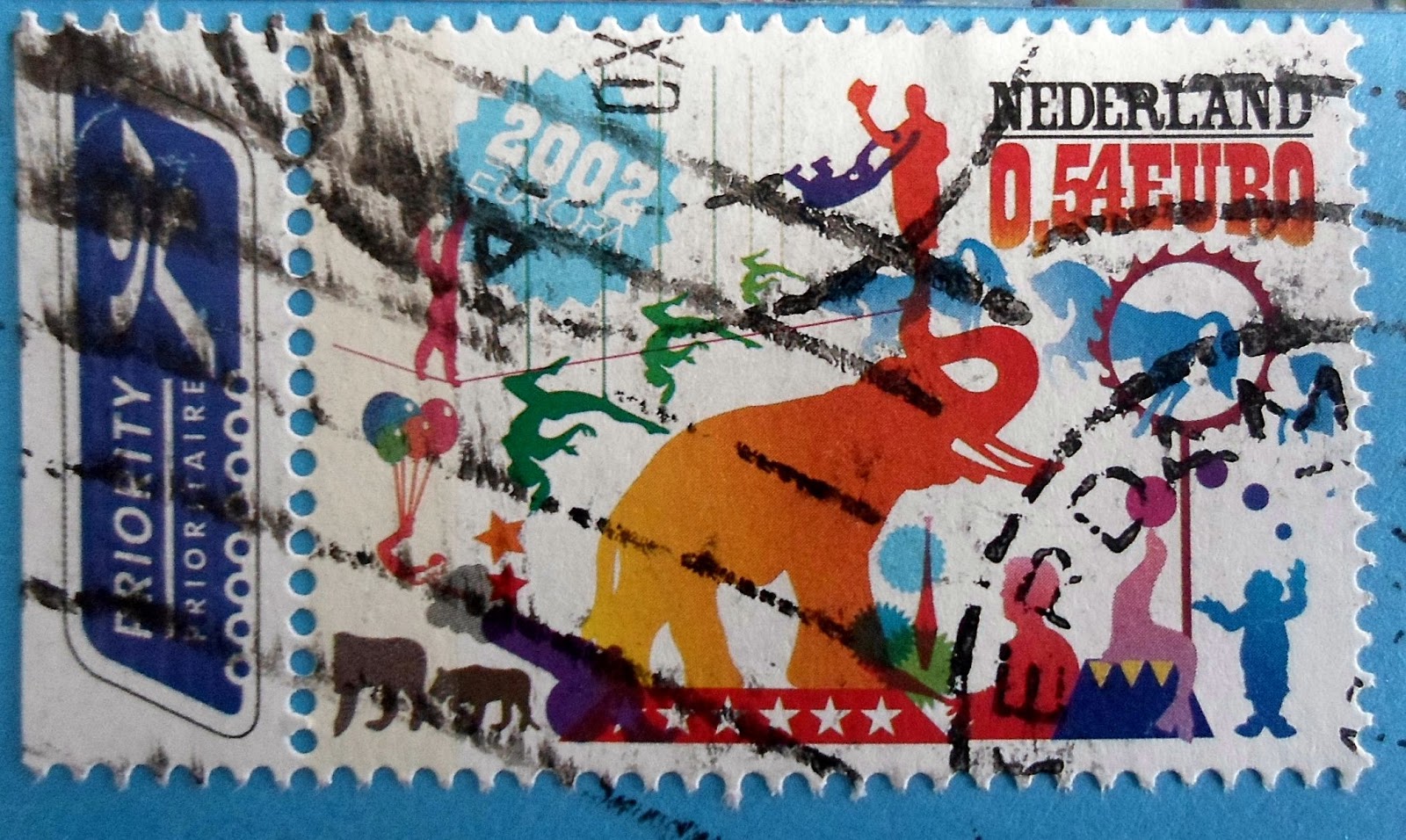 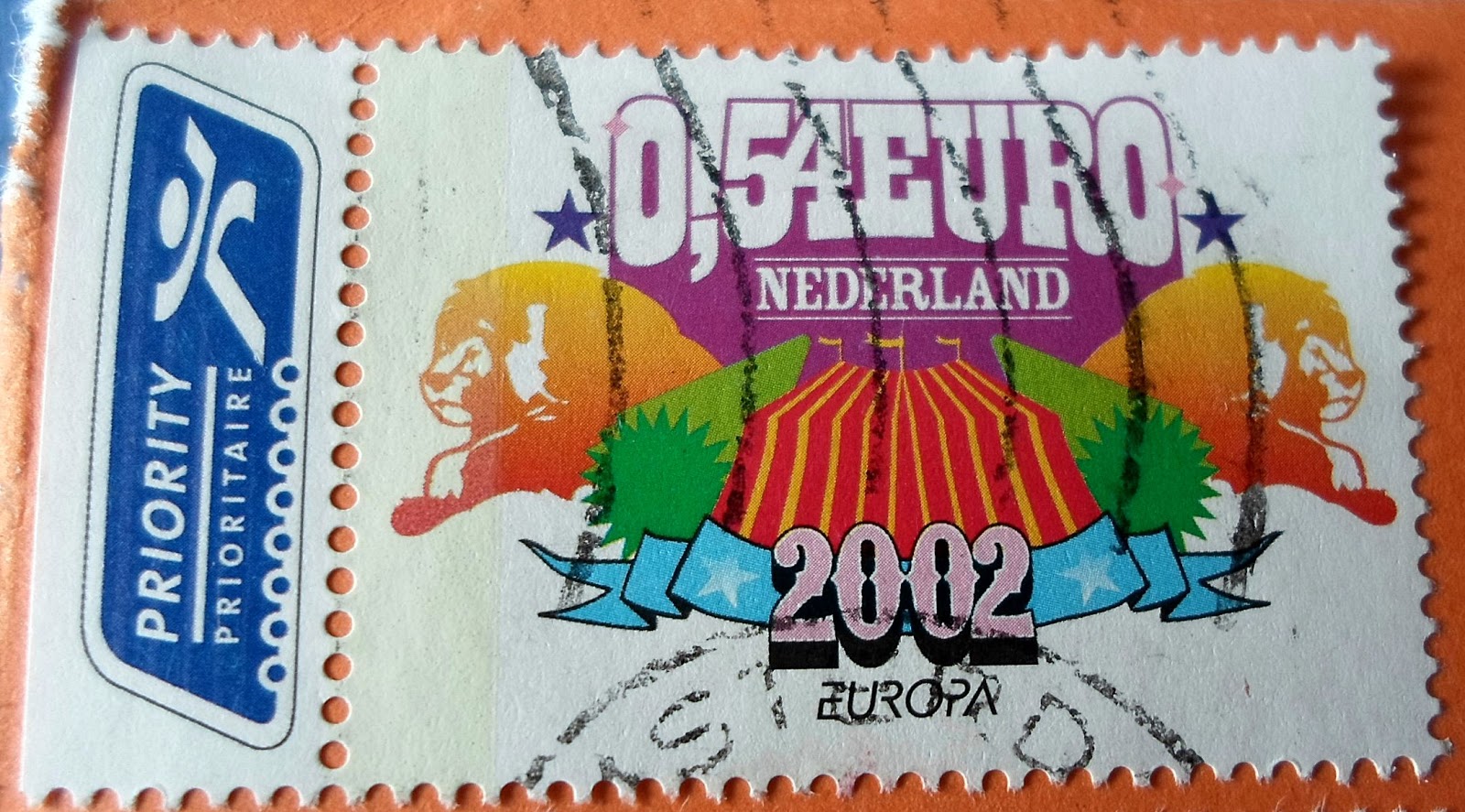 And the third one, more about fun fairs than exactly circus, from Germany. It is one favourite, and somehow reminds me the circus as well. It was issued to commemorate the 200th anniversary of the Oktoberfest. (You can see here a better picture of the stamp and appreciate how many details it shows.) 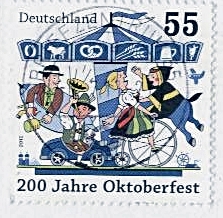