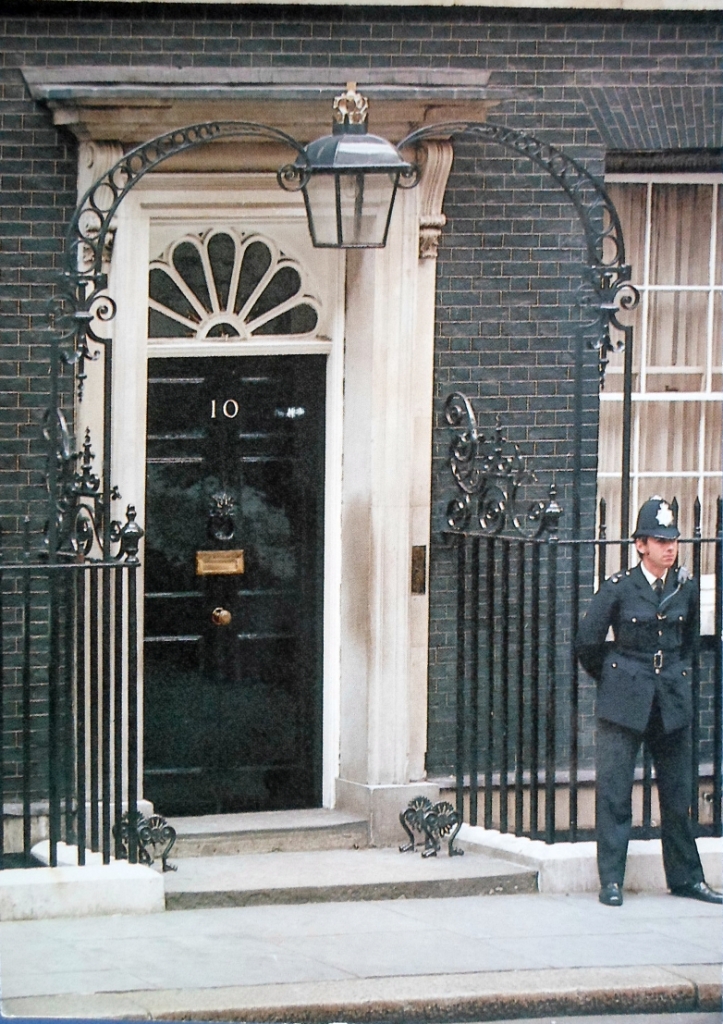 Postcard sent by John (the UK).

10 Downing Street aka Number 10 is the official residence of the Prime Minister of the United Kingdom. The sender told me that some years ago he wanderer around and photographed this door, probably one of the best known addresses in the world. But nowadays people can't go along this street because it is blocked off with armed police and barriers. I would like we have postcards like this in my country (but I guess we would have even more police).

I want to show you some related mail (also sent by John). Or it seems to me, as it shows more British symbols. Like the stamp and the postcard with the Union Jack... 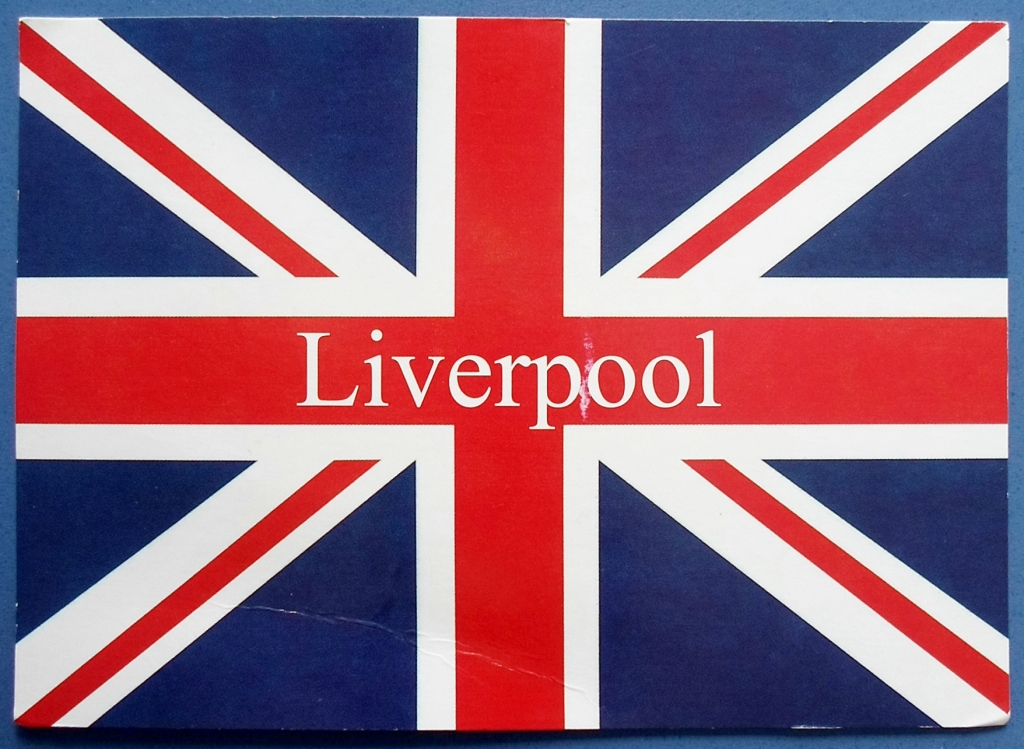 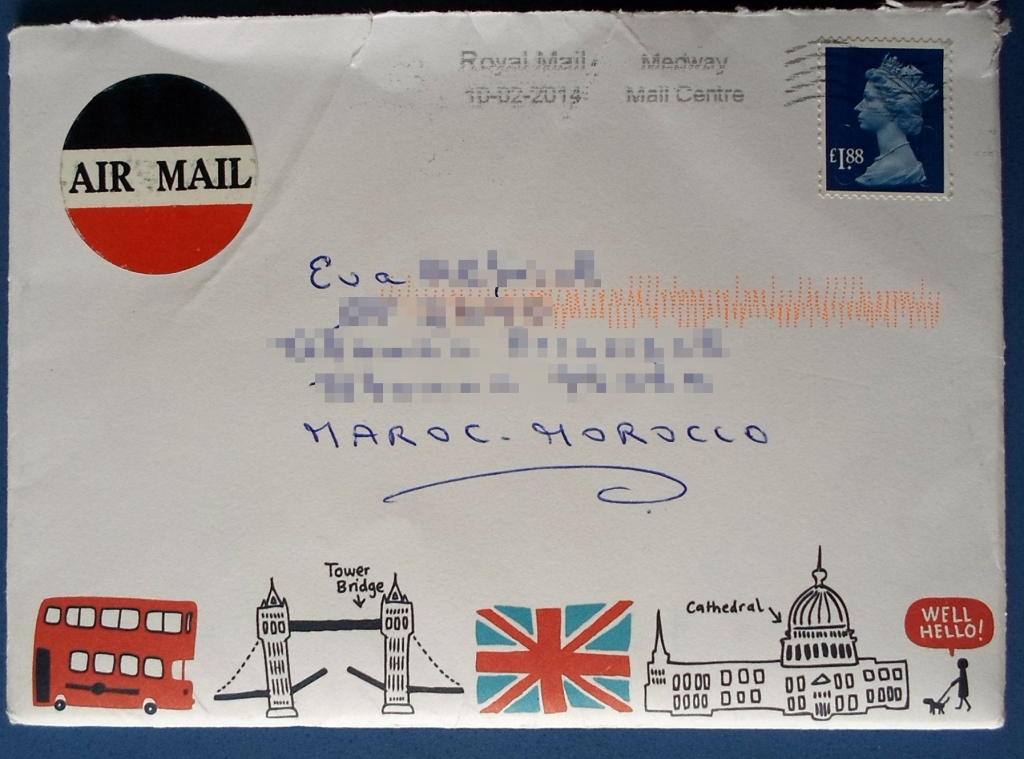 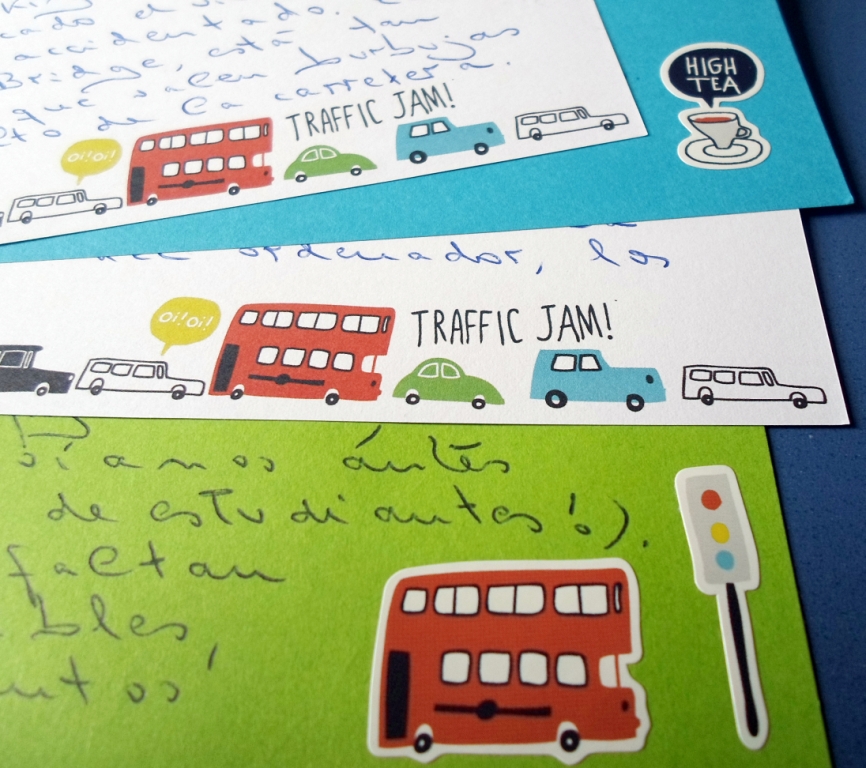