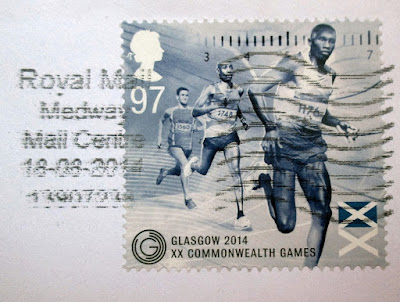 On 17 July 2014, Royal Mail launched a set of stamps to mark the Glasgow 2014 Commonwealth Games, featuring the sports of swimming, track cycling, squash, judo, netball and marathon. And also, in a corner, the Scottish flag, also known as St Andrew's Cross or the Saltire.

I have got three stamps of that set. The little X gives me a reason to add them to the Sunday Stamps - II, for the letter X that "can be anywhere in the stamp or theme word". 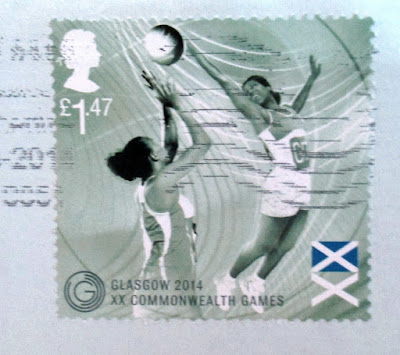 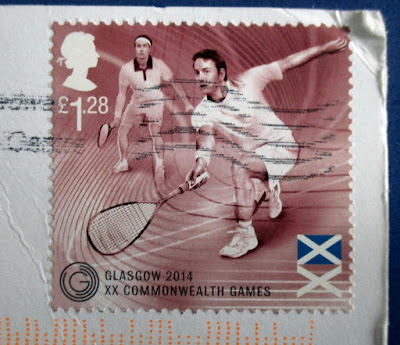 Then I thought in another X or cross: the Red Cross (Which, by the way, is the Red Crescent in the country I live in). 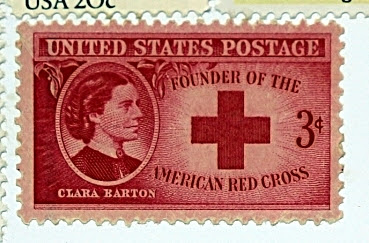 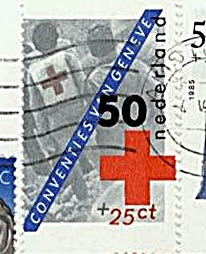