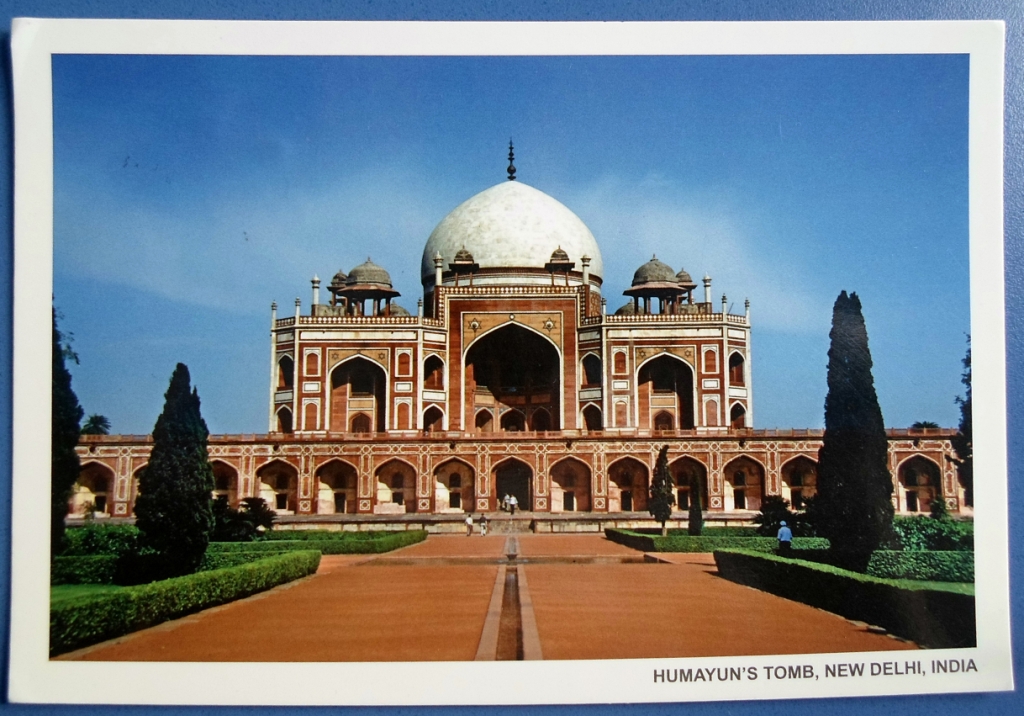 Postcard sent by Amit (India). The postcard shows Humayun's Tomb, in Delhi. It was built by his widow Haji Begum in 1573, designed by a Persian Architect. It's a UNESCO World Heritage Site.


And more mail from India, sent by Vivin. A postcard of the backwaters of Kerala. Kerala is known as God's country. I believe that when I look at this beauty.The sender added an odd-shaped stamp (yippee!) showing the Aldabra giant tortoise 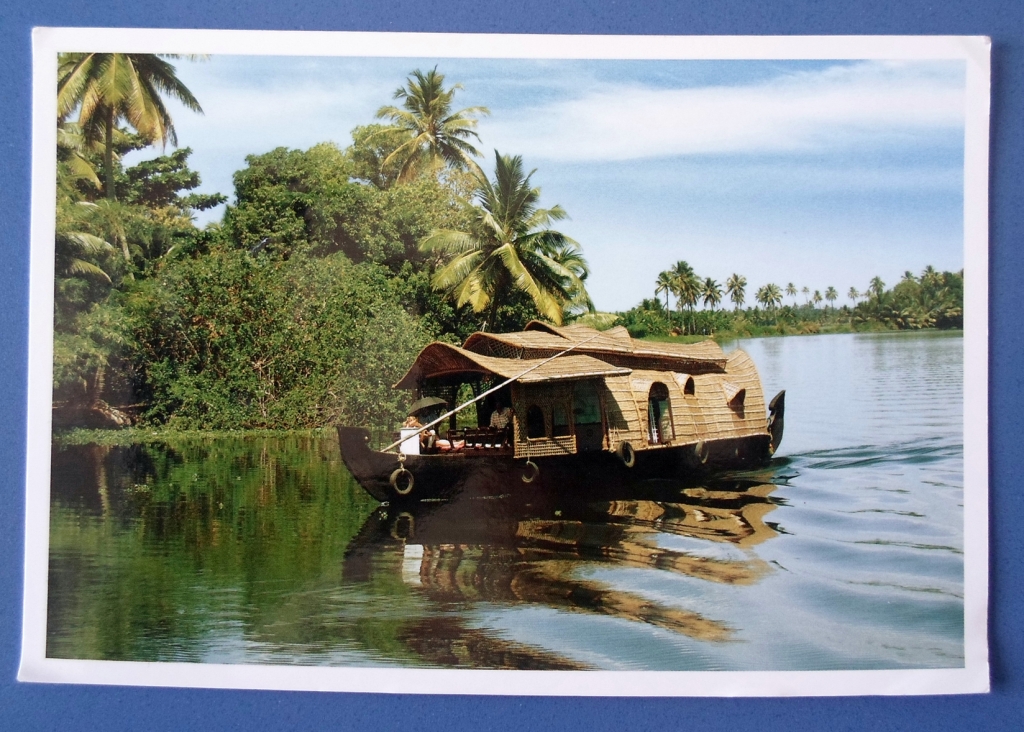 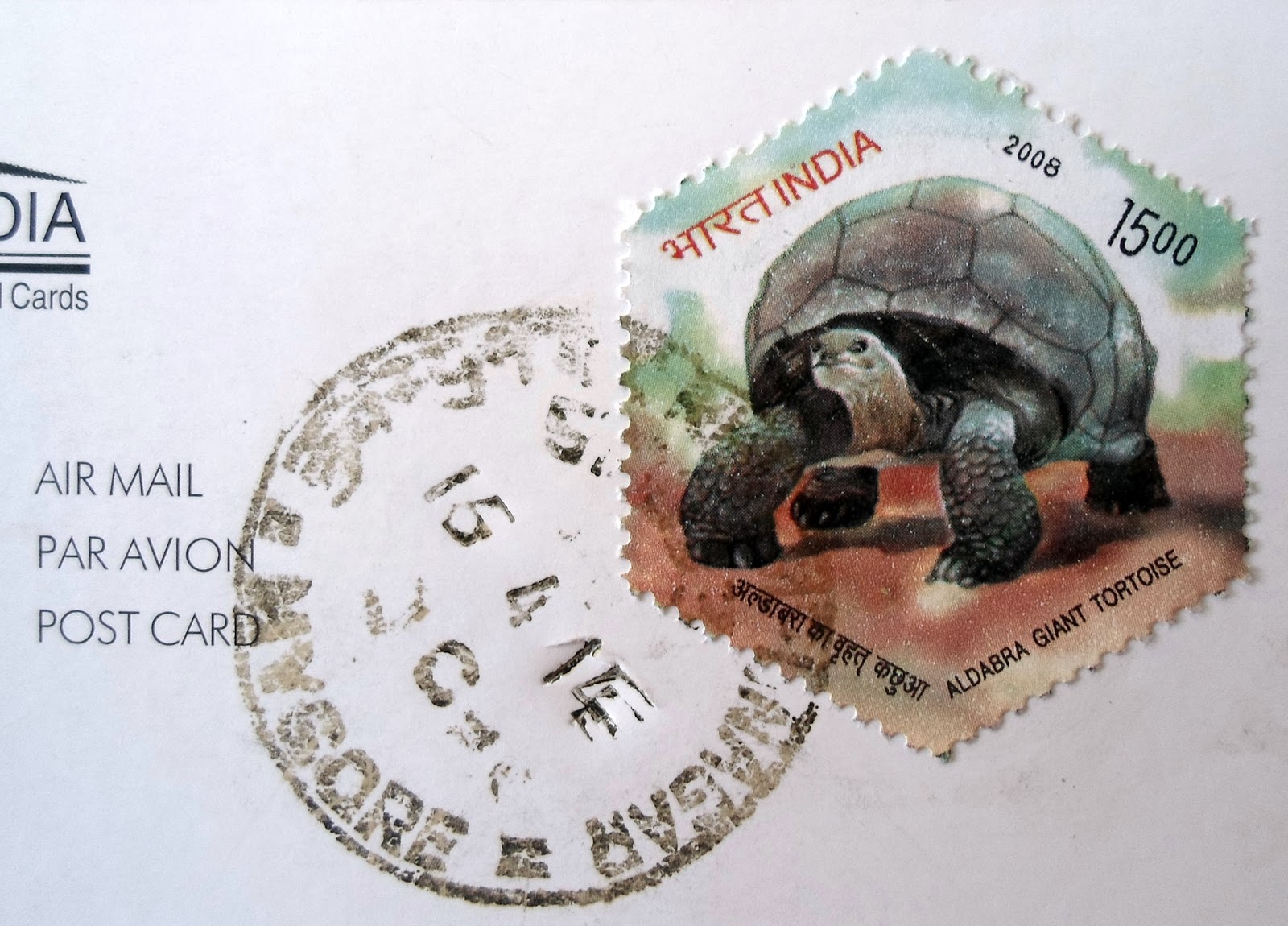 The second piece of mail from Vivin is a cover: 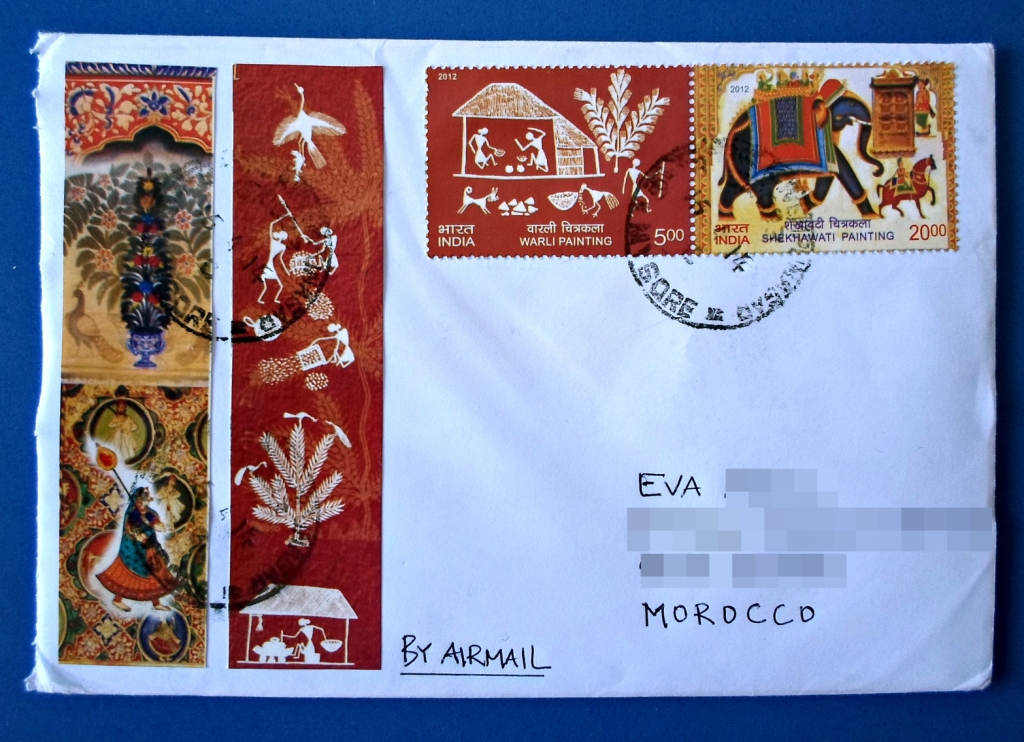 The stamps are a set of two issued on 20th June 2012, showing traditional Indian painting styles. 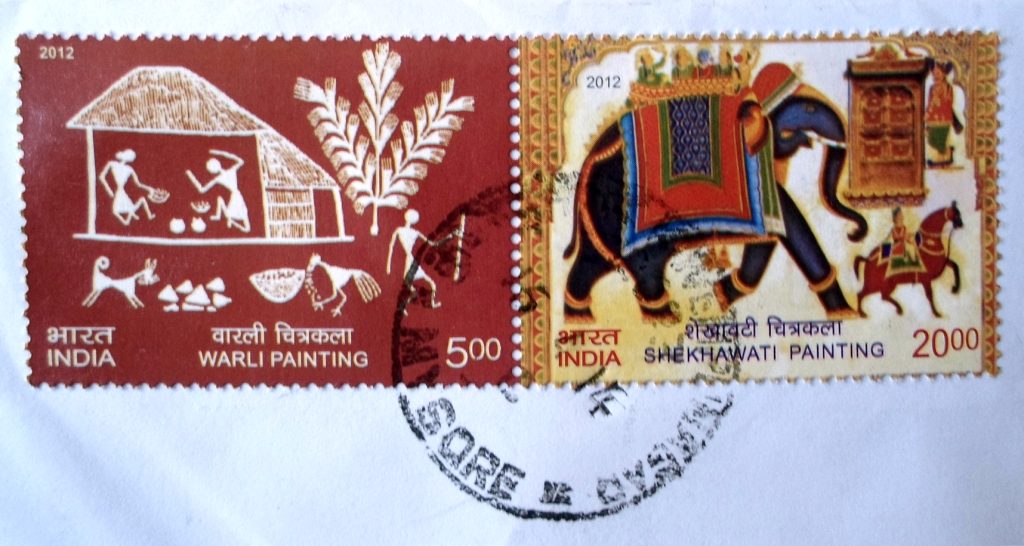 Warli folk paintings are from Maharashtra. Warli is the name of the largest tribe found in the northern outskirts of Mumbai (Western India).

The havelis or mansions of Shekhawati are known for their wall paintings. The themes depict gods, kings, flowers, arabesques and scenes from daily life.