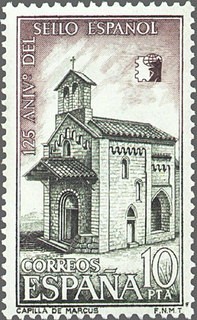 This stamp dates from 1975 and represents the Chapel of Mare de Deú de la Guia ('Our Lady of the Guide'), aka Chapel of Sant Marcús because it was built thanks to Bernat Marcús, a rich bourgeois from the city of Barcelona. He donated the land for the chapel and a cemetery for poor people in 1166. The chapel was finished in 1188. 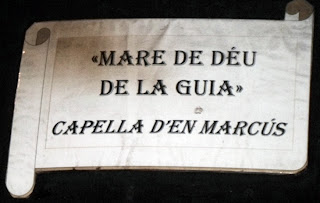 The chapel was placed next to the strata franca, one of the main roads of the city leading to the North. It became the headquarters of the Confraria de Correus i Troters ('Brotherhood Mailmen'). It meant the birth of the oldest private postal service in Europe (outside the royal courts), with standardized rates and routes. 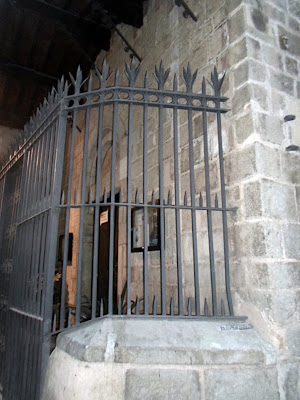 Under the porch of the chapel, the mail carriers were blessed before leave home.

(More pictures, better than the ones taken by me. It was too dark!)

Archived in FACTS OF MAIL, places I've been to, stamps