#AtoZChallenge | D is for Degollado 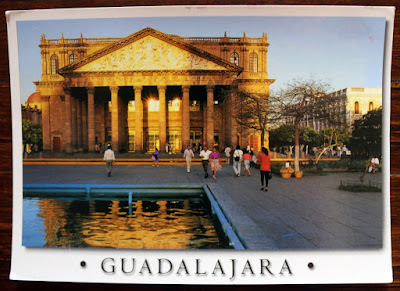 Concerning mail, and depending the place you and your friends/family live in, there are countries more exotic than others. This is just my  second postcard from Mexico. It was sent by Bryon.

The Degollado Theatre (Teatro Degollado) is located in the central plaza of Guadalajara. It was inaugurated on 13 September 1866 with the opera the opera Lucia di Lammermoor, performed by Angela Peralta,. It is considered one of the most beautiful theatres in Mexico.

The name of the theatre is due to to the current governor of the time, Santos Degollado. On 12 December 1855, Degollado signed the official decree to build the structure, and in March, 1856, he set the first cornerstone. Creepy note: degollado is a surname, and probably it has a different origin, but it means also 'beheaded' in Spanish. So it makes a strange name for a building...


One thing I like about the A to Z Challenge is the immense variety of themes, from LEGO to The textile traditions from India or the same murder (author's) with 26 different weapons or Elliot the Snail’s Adventures or streets of Paris, or London's or a life in six words... Are you following the A to Z Challenge in other blogs? Which theme has surprised you? 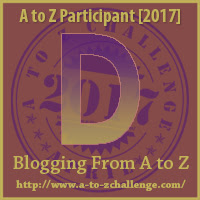