#AtoZChallenge | V is for Vintage


Dearest Margarita: An Edwardian Love Story in Postcards is both a book and a box containing a collection of 100 postcards. It tells the story of a forbidden love affair between Margarita Johnson (a wealthy young Cuban girl, born in 1880) and Charles Lumb. They were forced by circumstances to conduct their romance in secret, across continents. I have received some postcards of this collection, from Laura (the UK).


At the time of this love affair, 1900-1906, a craze for postcards was sweeping through Europe. It became the fashion to send and receive cards from friends -in most places there were three postal services a day. The law at the time prevented the sender from writing a message on the address side, so phrases were inserted around the picture side of the card. Cards were often kept in elaborate personalised albums and this was where Margarita kept hers. Over the six-year period the cards came in from family, friends and Charles, who wrote from America, England and Europe - wherever he was on his travels.


Can you imagine that someone, in the future, would do that with your love story? 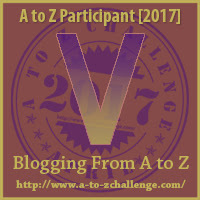