#AtoZChallenge | Z is for Zebra & Zarah 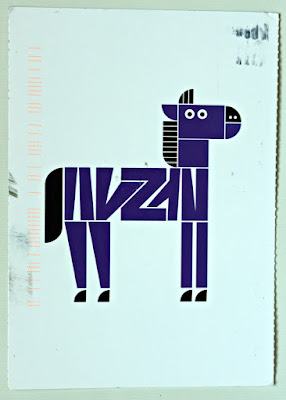 I guess that some people have chosen this word for the latest day of the #AtoZChallenge... but still I wanted to upload this nice zebra that Bryon (the USA) sent! (You knew already its cousin the quail, don't you?) 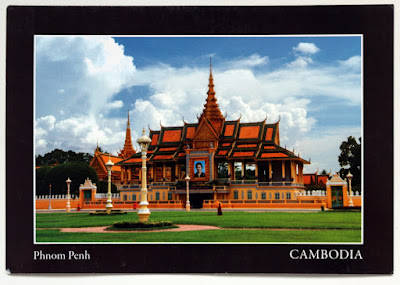 This postcard shows Buddhist Monks passing the Royal Palace in Phnom Pen, Cambodia. This is not the first postcard I have got from that country: back in 2009 and 2010 I swapped some postcards with Zarah.

This one was sent by Ana, though. Ana is from Macedonia, currently living in China, and travelling a lot. So you never know where her next postcard is arriving from: Malaysia, Greece... It can be even the house you were born in (That I call a real mail adventure!)

Actually, this postcard was signed by two people: Ana and... Zarah! I did not know that they were friends! Later, they sent me a picture of them together in front of the post office.

Don't you think sometimes that the world is small? 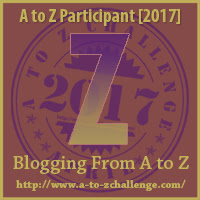