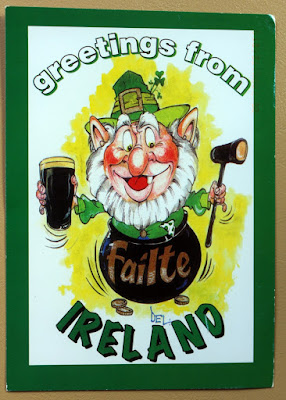 Leprechaun: Small mischievous Irish fairy, symbolising good luck and fortune. If found he can be forced to reveal the hiding place of his treasure, but beware if you take your eyes off him he will vanish instantly.Nearly became extinct in the early 20th century but now can be found in abundance throughout Ireland.

And I have got not one, but two little green men who are supposed to bring me luck. Nothing can go wrong from now on, can it?