Sunday Stamps | Cathedrals (But Not Only) 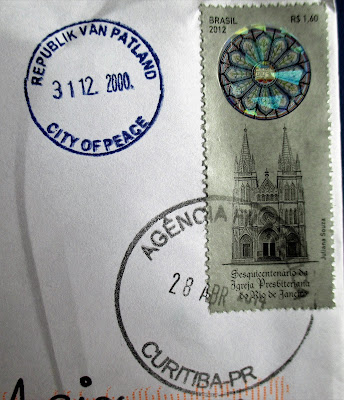 On 12 January 2012, Brazil commemorated the 150th anniversary of the Presbyterian Cathedral of Rio de Janeiro with this special stamp. The building is profusely decorated. The largest and most expressive stained glass bears an inscription with the sentence: “Thy word is a lamp unto my feet and a light unto my path”, highlighted on the upper part of the stamp covered with a transparent holographic film and relief. 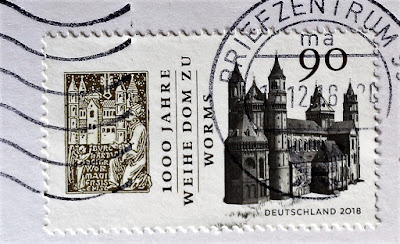 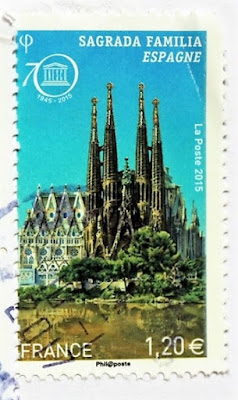 French stamp showing the basilica of  La Sagrada Família, a masterpiece of Catalan architect Antoni Gaudí. The building of this church started in 1852 and it is supposed to be finished by 2026. The stamp was issued on 9 November 2015 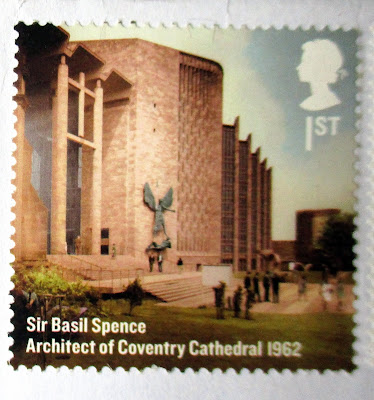 This stamp, issued by Royal Mail on 23 February 2012, belongs to the series Britons of Distinction. It shows the Coventry's Anglican Cathedral, but actually the stamp is dedicated to the Scottish architect Basil Spence. He was charged of the reconstruction of the cathedral, after it was extensively damaged by German bombing during World War II. The stamp was issued on the 50th anniversary of the reconstruction. 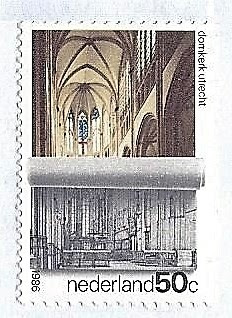 St. Martin's Cathedral or Dom Church (Domkerk), is a Gothic church dedicated to Saint Martin of Tours, which was the cathedral of the Diocese of Utrecht during the Middle Ages. It has been a Protestant church since 1580. It was once the Netherlands' largest church, but the nave collapsed in a storm in 1674 and has never been rebuilt. This stamp was issued on 10 June 1986. 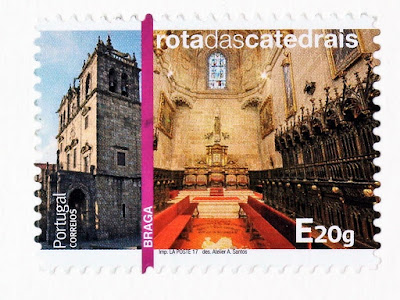 This stamp features the cathedral of Braga, and belongs to the 5-stamps series Portugal North issued on 24 March 2017. 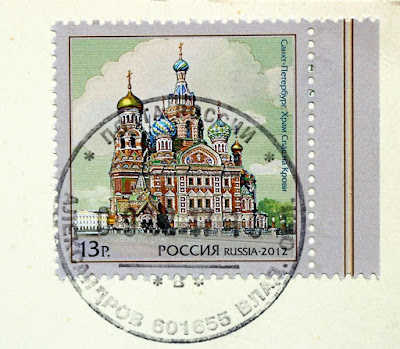 I received these Russian stamps on different postcards, but they belong to the same issue. They represent the Church of the Saviour on Spilled Blood in St Petersburg and, below, the Episcopal Palace in Astorga, León, Spain. The latter is also a Gaudi's work, and one of his only three buildings outside Barcelona. These stamps are a joint issue with Spain. I only have the Russian version, though. 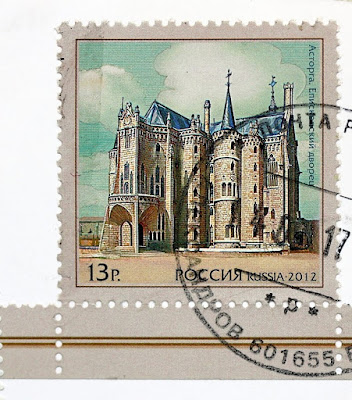