Some stamps dedicated to literary works of women... 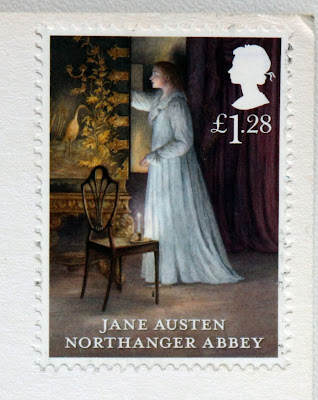 Northanger Abbey was the first of English novelist Jane Austen's novels to be completed for publication, in 1803. However, it was not published, until after her death in 1817.

This stamp belongs to a 2013 6-set of six that commemorate the 200th anniversary of the publication of Pride and Prejudice. Each stamp is dedicated to one of her six published novels, depicting key scenes in specially commissioned artwork by illustrator Angela Barrett. See here the whole issue. 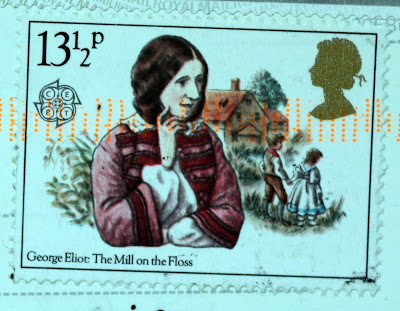 Mary Anne Evans (1819 – 1880) was another English writer that used the male pen name of George Eliot.

The Mill on the Floss (1860) was the novel chosen to be depicted on this 1980 stamp. It belongs to the 4-stamps set Victorian novelists, that includes also Charlotte Bronte, Emily Brontë and
Elizabeth Cleghorn Gaskell. 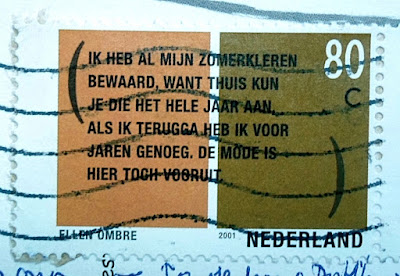 Ellen Ombre is a Dutch writer born in Surinam. 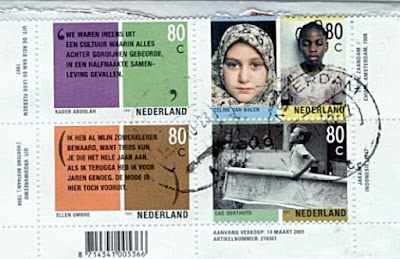 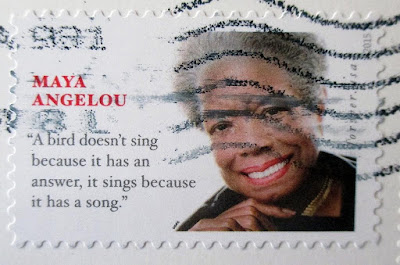 Maya Angelou (1928-2014) was a well-known American writer and civil rights activist. The stamp was issued in 2015 and much celebrated, even if... the quote on the stamp wasn't hers!

For the new edition of Sunday Stamps-II A to Z, I have decided to show some of the stamps I have got on letters and postcards, related to one topic: women. This is the post for the letter L.