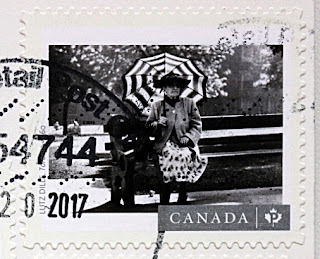 Lutz Dille, born in Leipizg, immigrated to Canada in 1951, arriving in Hamilton at age 29 with a few items of clothing, $30 in cash and his treasured Leica camera. Nowadays he is considered one of the country’s leading documentary photographers. 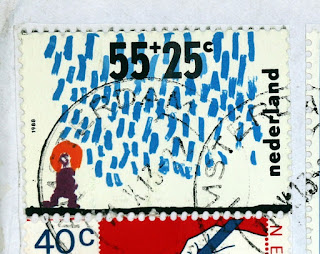 As a bonus, another woman (?) without umbrella... This is one of the childcare stamps issued in the Netherlands in 1988, under the title Kind en Water. It was designed from a child's felt pen drawing. I found an interesting article about how these stamps were actually printed.

For the new edition of Sunday Stamps-II A to Z, I have decided to show some of the stamps I have got on letters and postcards, related to one topic: women. This is the post for the letter U.