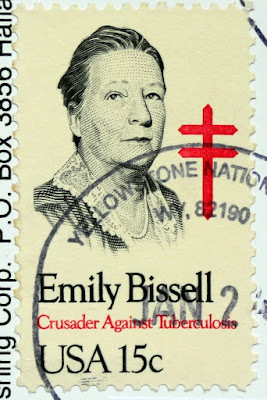 Emily Bissell (1861-1948) was an American social worker and activist (and also a devoted anti-suffragist...). She is best remembered for introducing Christmas Seals to the USA, in order to help people with tuberculosis. In 1980, on the 119th anniversary of her birth, the USPS issued this stamp in her honour.

The double barred cross is the international symbol of the fight against tuberculosis. You can read here about the history of this symbol.


X is a difficult letter, so I went for the same that in the previous round, when I showed, among other crosses, this 1948 stamp dedicated to Clara Barton (1821-1912), the founder of the American Red Cross: 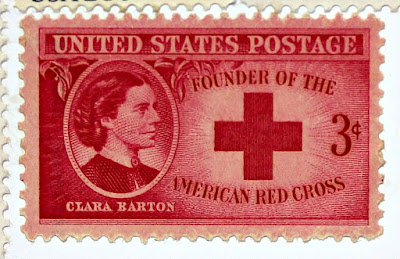 The following stamp was issued on 1 May 1981, to celebrate the 100th anniversary of the American Red Cross. 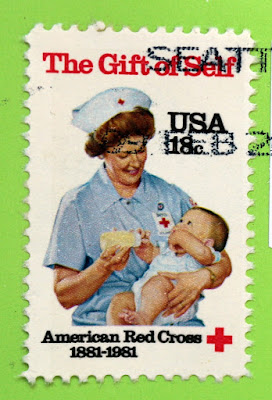 For the new edition of Sunday Stamps-II A to Z, I have decided to show some of the stamps I have got on letters and postcards, related to one topic: women. This is the post for the letter X.