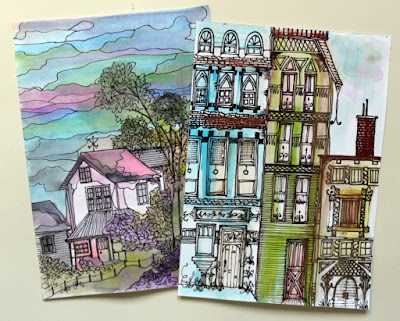 Janet (the USA) sent two hand-painted postcards for the project of Houses in the Mail. Very different styles, and nice colours! 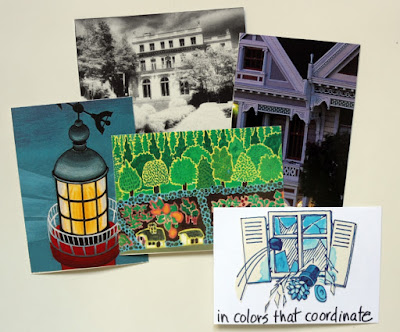 She included some more on a bunch of ATC (A light-house counts, doesn't it?) 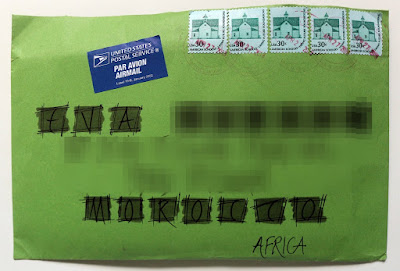 I think it was the first time, or maybe the second, that someone included the word Africa in my address. Well, I guess it was the last, because I don't live in Africa any more...

It was a strike of luck that the letter arrived, because the post code was wrong (also my name, but usually that isn't any problem). And it took 17 days from the USA to Morocco.


And nothing to do with houses, but another of the ATC was about a version of Little Red Riding Hood, one of my favourite children characters: Little Red Cowbow Hat, by Susan Lowell (author) and Randy Cecil (illustrator). I didn't know anything about! 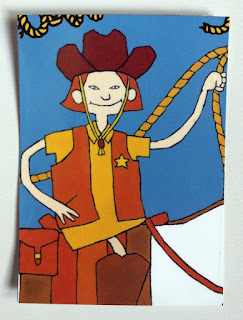