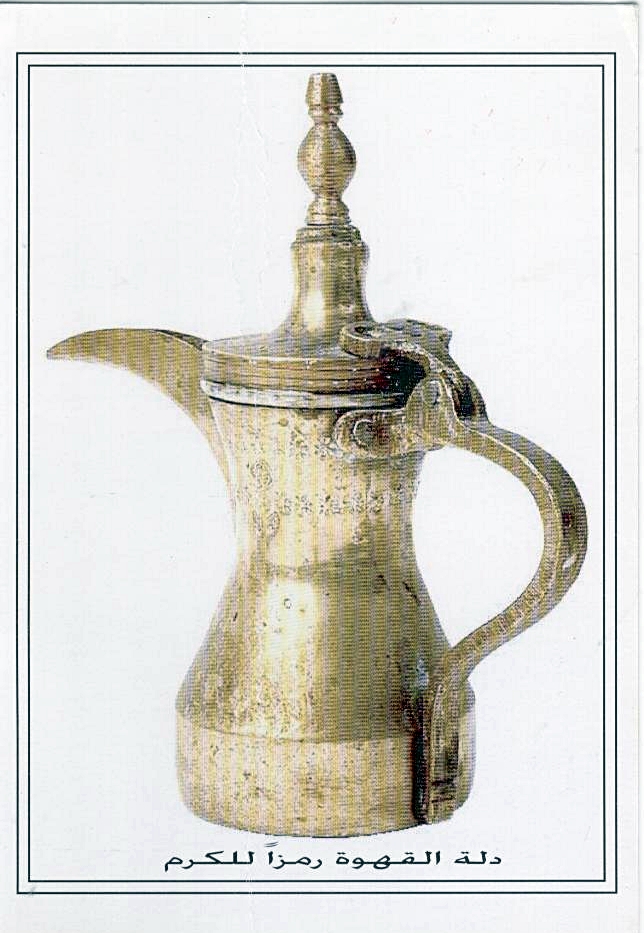 This is the only mail I have got so far from Saudi Arabia, via Postcrossing. When I started as a postcrosser I though it would be easier to get postcards from Arabic countries. But I have received only two Arabic postcards (written in English), and only thank you card one written in Arabic.

Anyway, this coffee pot is one of my favourites. I think it suits not only with my tastes, but also with the Postcrossing aim. It says: "دلَّة القهوة رمزًا للكرم"; more or less: 'The coffee pot is a symbol of generosity".