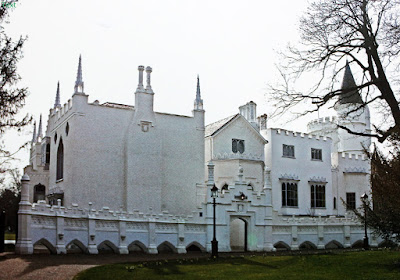 A curious visit in London is Strawberry Hill House, a Gothic Revival villa built  by Horace Walpole (1717–1797) from 1749 onward. Everything seems fantastic here... including the garden benches you see in the next postcard! (It is a replica). 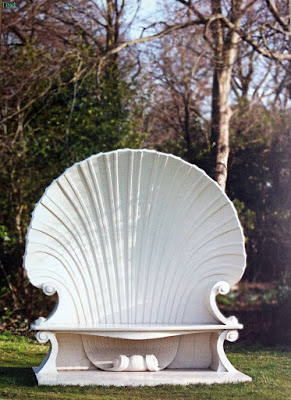 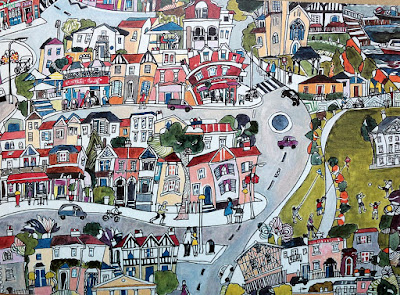 And following the Thames path, you will find the Orleans House Gallery (at right).


It was a Palladian villa built by the architect John James in 1710. The postcard above features a coloured lithograph of King Louis Phillipe visiting the house in 1844.

The Octagon Room, a baroque octagonal room designed by architect James Gibbs must be one of the most interesting parts... 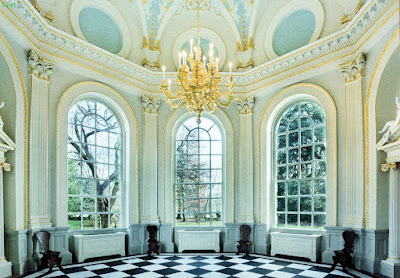 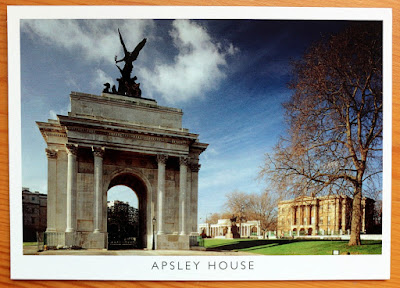 Apsley House, home of the Duke of Wellington and his descendants has for over 200 years known colloquially as 'Number One London', because it was the first house encountered after passing the tollgates at the top of Knightsbridge. Commissioned by George IV and designed by Decimus Burton in 1825, Wellington Arch is a grand ceremonial entrance to Buckingham Palace. The statue upon the Arch depicts the Angel of Peace descending on the Chariot of War.

Inside, you can find artworks like The Waterseller of Seville, painted in Seville by Diego Velázquez. 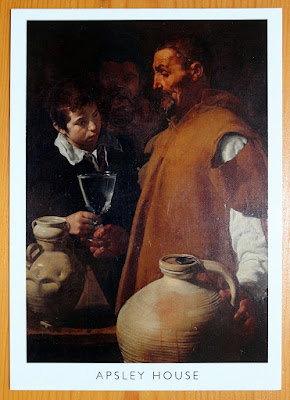 All these postcards were sent by Laura (the UK), not really intended for the Houses in the Mail project.

Archived in big, Houses in the Mail (received), INcoming MAIL, inside & outside, postcards, royalty, UK, white