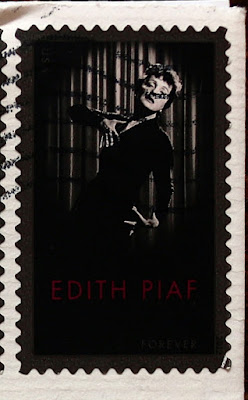 Does Édith Piaf (1915-1963) need an introduction? She was a French singer, songwriter, and actress who became widely regarded as France's national chanteuse, as well as being one of France's greatest international stars.

Several countries have issued stamps honouring her. I have received these two, that are among my favourite designs ever. The USPS stamp above was issued on 12 June 2012; it was a joint issue with France (including another stamp of Miles Davies).

The stamp below was issued by the Magyar Posta in 2012 to mark the centenary of her birth (More information here). 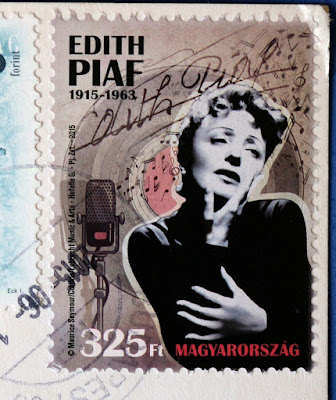 For the new edition of Sunday Stamps-II A to Z, I have decided to show some of the stamps I have got on letters and postcards, related to one topic: women. This is the post for the letter P.