There are a lot of stamps dedicated to the women's right to vote. Even issued in my country, but I don't have any of them (I think). 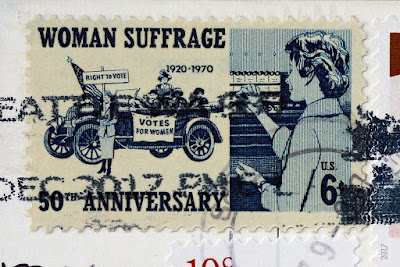 However, I received recently this one, issued in 1970 by the USPS to commemorate the 50th anniversary of the constitutional amendment that guaranteed American women the right to vote, ratified in 1920. 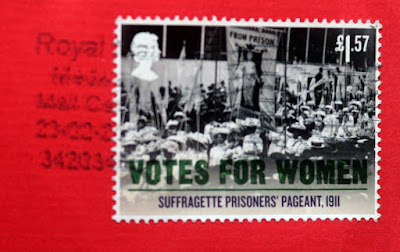 For the new edition of Sunday Stamps-II A to Z, I have decided to show some of the stamps I have got on letters and postcards, related to one topic: women. This is the post for the letter S.